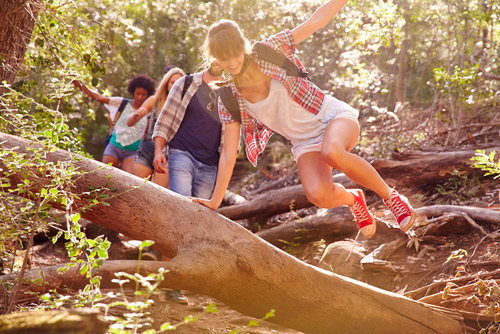 Kyphosis is an abnormally accentuated curvature of the back. It occurs in the thoracic part of the spine. To diagnose kyphosis, also called hyperkyphosis, it is considered that a curvature of the spine of more than 45 degrees is excessive. Kyphosis can develop during childhood, but it can also result from a trauma to the spine. Furthermore, it can be caused by poor habits, such as a bad posture. In this case we talk of postural kyphosis. Postural kyphosis is usually reversible. However, if not treated in time, it can become permanent and irreversible.

Symptoms of kyphosis include back pain, reduced mobility, and abnormal fatigue. Kyphosis can also evolve in time. As it progresses patients can start experiencing more serious symptoms such as difficulty breathing.

Kyphosis can often be managed by an appropriate medical treatment. Surgery becomes necessary only in the more severe cases.